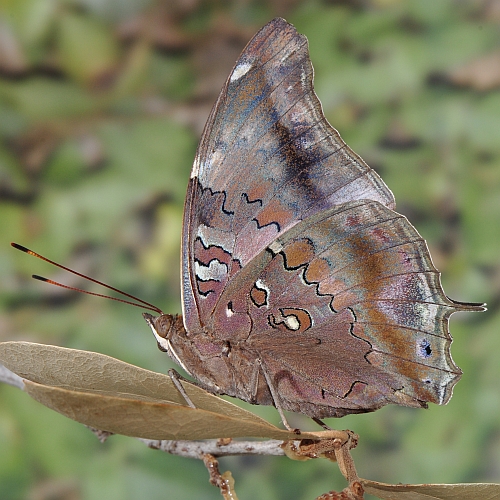 The individual found on 9-1-2011 was the third confirmed record of this species in Texas, and the fourth for the United States. Before September, 2011 was over, five more individuals appeared in Texas: 2 at the International Butterfly Park in Mission, and 3 more in Falcon Heights.

Unless the light is just right, the adult appears to be a rather plain grayish-brown color (see the 10-1-11 picture). However, a good angle or a camera flash reveals a much more colorful butterfly.

Explanation of sightings data
Click thumbnails to view below. Pictures with the same date are different views of the same individual unless specified otherwise.