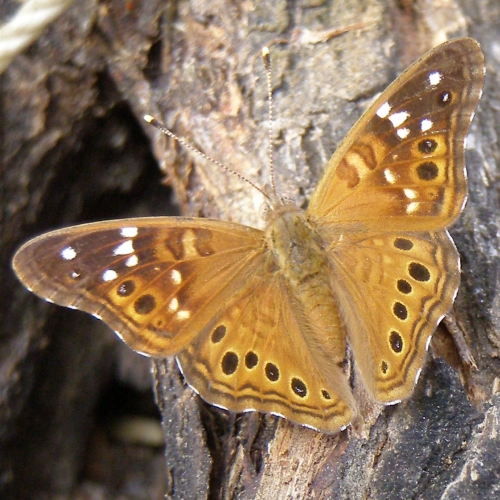 Empress Leilia is usually the least abundant of the three Asterocampa species that are commonly found in Starr county. However, it was often the only emperor seen during the very hot, dry, summer of 2009.

Like the other Emperors mentioned below, it is easily attracted by rotten fruit and similar bait.

Explanation of sightings data
Click thumbnails to view in frame to right. Pictures with the same date are different views of the same individual unless specified otherwise.